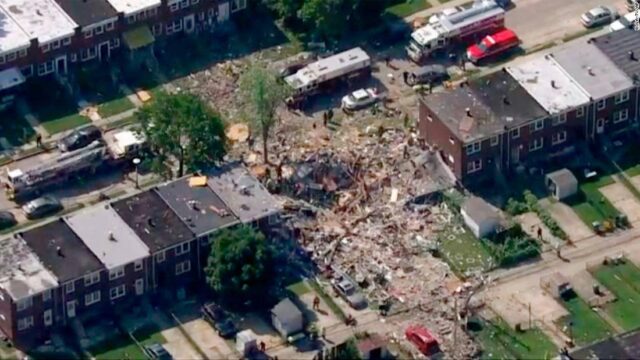 You may recall that an explosion struck several homes in Baltimore in October. Several people were tragically killed in the explosion. Among the many victims were a man and his dog Barak, who barely escaped death.

The man, who remains unknown, was taken to the hospital and sustained severe burns to much of his body. When EMTs loaded him on the stretcher and transported him to the hospital, he only thought of one thing: Barak. The burnt victim pleaded and pleaded with the rescue team not to let anything happen to his dog. Despite the pain he was in, all he worried about was not to lose his best friend.

A shelter stepped in to make a difference

Even after he made it to the hospital, the man continued to raise concerns with the hospital staff. He asked for Barak’s rescue and returned to him. Just a few days later, Barak arrived at the BARCS Animal Shelter. The shelter’s staff learned that Barak’s father would be staying in the hospital for at least a month, which usually wouldn’t be good news for a dog in their care.

The BARCS Animal Shelter saves an average of 30 dogs a day – or 10,000 a year! With so many little lives to be saved, dogs are quickly adopted into loving families. However, due to COVID-19, BARCS made some changes to its grooming regimen, which turned out to be excellent for the cute Barak.

“A few days after Barak arrived at our shelter, we learned that his father’s expected time in the hospital was at least a month. Until recently, it was not always easy or even possible to hold on for a month or more – even for an emergency. BARCS is an open place of refuge and the impending danger of running out of kennel space has always plagued our organization, ”wrote BARCS on their Facebook page.

“However, the COVID pandemic brought a huge expansion to our care program and opened up enough space in our shelter to help more pet owners in the crisis. Although Barak’s date of return to his father was unknown, we have made a commitment to look after him for as long as necessary. Barak was not a care candidate, but thanks to our committed volunteers and employees at the animal shelter, he had a daily plan with long walks, playgroup romps, enrichment in the kennel, training courses and cuddling times. “

Barak’s father had been in a medically-induced coma for the past four months as doctors and nurses worked around the clock to save his life. However, this week was the best moment of all. Barak and his father were finally reunited.

Barak’s father clung to his beloved best friend with burn scars visible on his hands. The two hugged and kissed! While Barak’s father survived thanks to the care and compassion of hospital staff, we are sure that Barak’s love also played an important role in his recovery.

Barak and his father have now found a new, dog-friendly home where they can enjoy their new life together. Welcome Home! 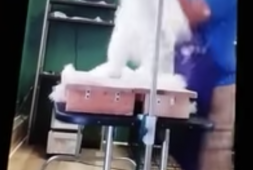 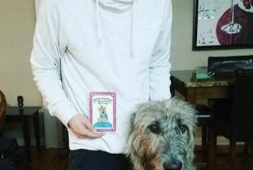 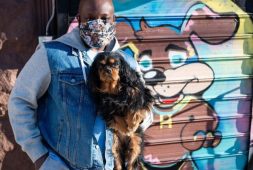